I’ve decided to put objects tighter, so that after an user changes the position (float into the page), he/she can still see all the objects on the screen. It is not all done, still some 3d objects are missing (a specific serif font that El Lissitzky used), and also i will only change the textures of the objects. 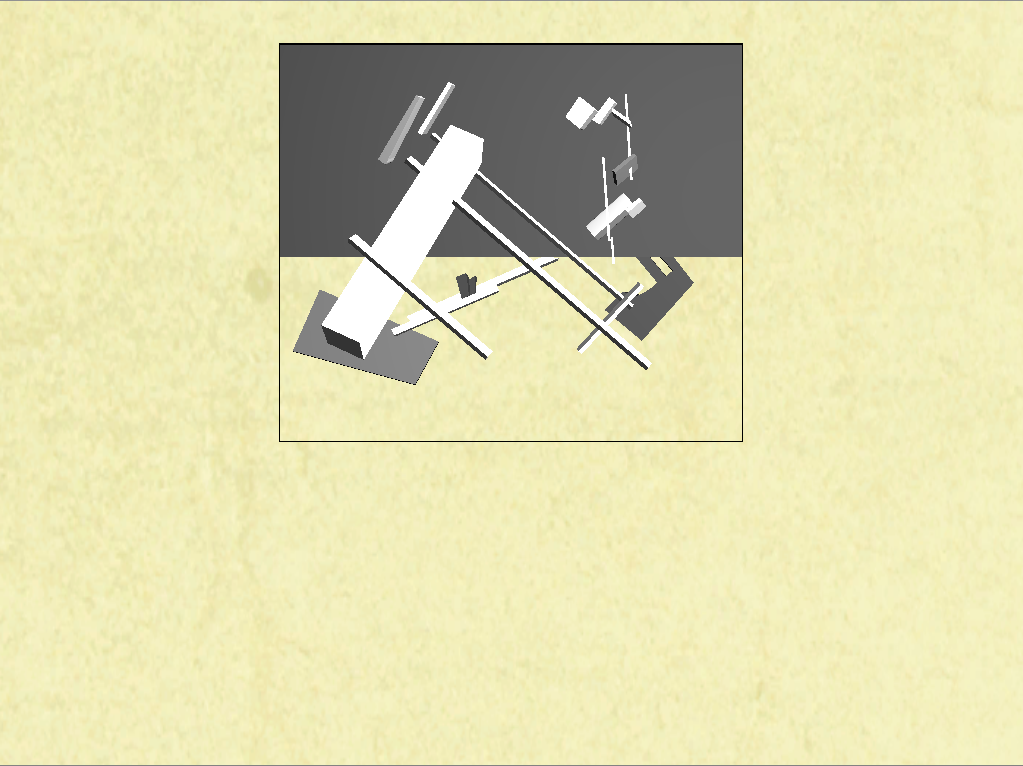 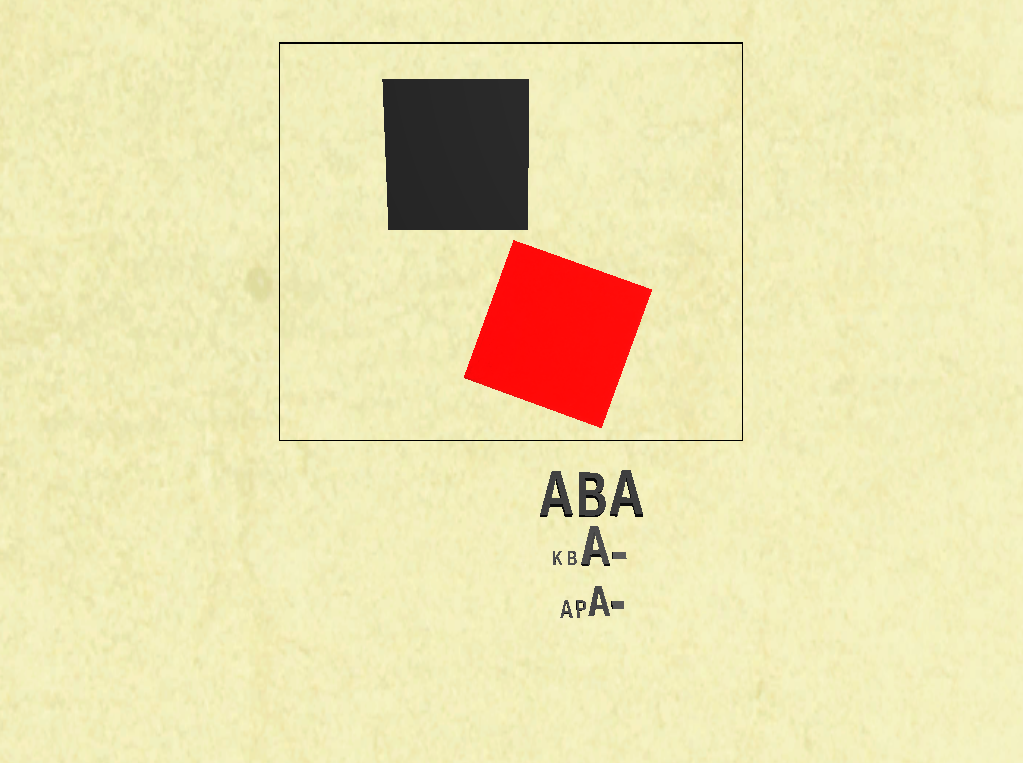 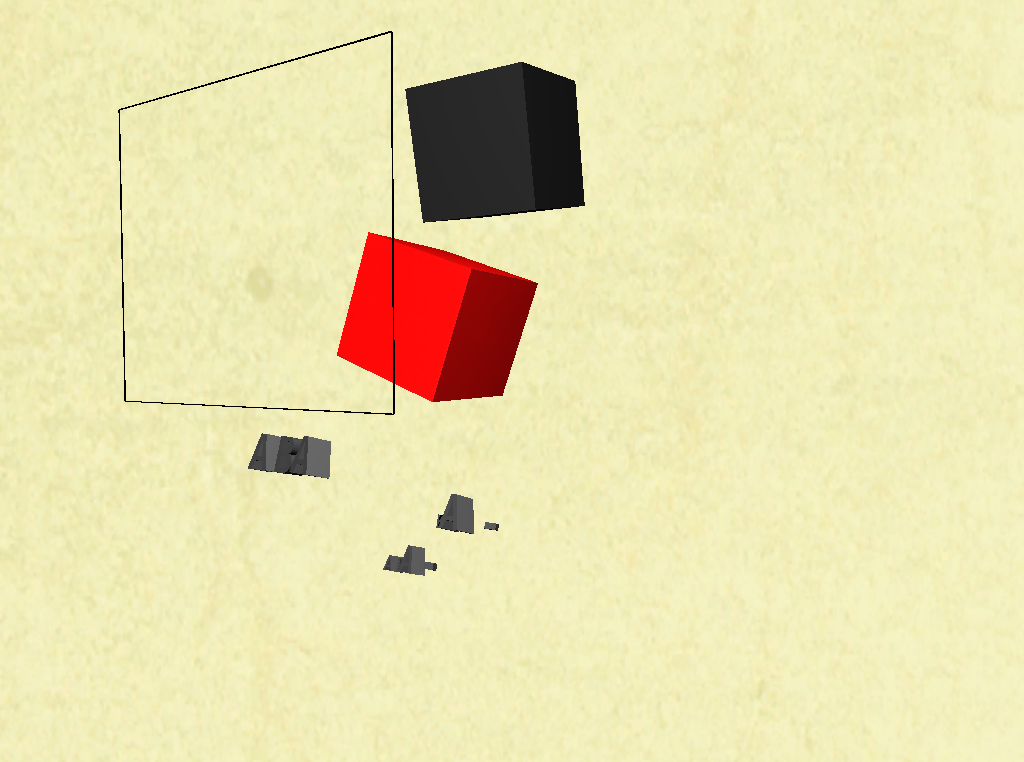 Path1 defines the all selected coordinates (x,y,z) and path for one object. This means I have to define more than one path for my every different object. In the example, the object’s path is named Path1.

Here’s an example of how I’m going to use iTween in my project, ‘About 2 Cubes’.

This is the first scene, before an user floats into the page. Every object seems flat at the first time. 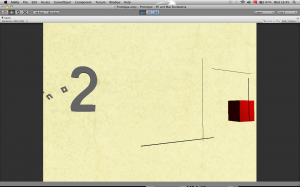 This is the floating scene. The scene that an user floats into the page freely with both keyboard (W,A,S,D) and mouse.

This code will make users to be able to start the floating again from the beginning. The camera (the view of the user) transforms to its original/starting position.

if(Input.GetButton(“Jump”)) // Jump is the name of the button
{
transform.position = SpawnPoint.position;
}
}

This is the code that I found on the Internet. It also works the same way, but my guess, this code is for games. I did not research GUI enough yet. After I did that, I will decide which one works best for my project.