The five most frequent iPhone design and usability mistakes, and how I plan to deal with them.

If one thing I learnt from my design class last year  which were VA301 and VA302, it is that I have the excitement to over design. My teacher Elif Ayiter and Onur Yazicigil thought me to deal with this by re-designing my first draft over and over, simplifying and reducing elements one by one, to see if they are really needed or not. And since Literary Jukebox is minimalistic in it’s design I will follow the same color coordination with simple yet chic visuals.

Probably the oldest, yet extremely popular design problem is overdesign. Designers of iPhone applications often tend to disregard common design and usability conventions by offering users slick and shiny user interface designs that go way beyond their standard look and also way beyond their claimed functionality.

Why make things look, feel and work complicated and why do designers like to re-invent the wheel? The answer is simple: they want the application to be different; look different and stand out from the crowd. Unfortunately, a different look isn’t necessarily helpful for application’s usability and functionality.

So how does an over-design in iPhone applications look like? To better understand it, let’s look at an example:

At first glance this design might look slick to you, but it has lost it’s focus. This is supposed to be a settings screen and it is different from what the users are used to. The multi-touch gestures are not the same, and over designed.

Noticed the difference? Being inconsistent with other products makes yours worse for two reasons:

The application will be unique in look but the controls used will be the standard IOS controls.
HERE IS WHAT I’M SIMPLY GETTING AT; WE SHOULDNT BE RE-DESIGNING CERTAIN ASPECTS JUST TO MAKE THEM LOOK PRETTY, OR PEOPLE CAN START DYING.  🙂 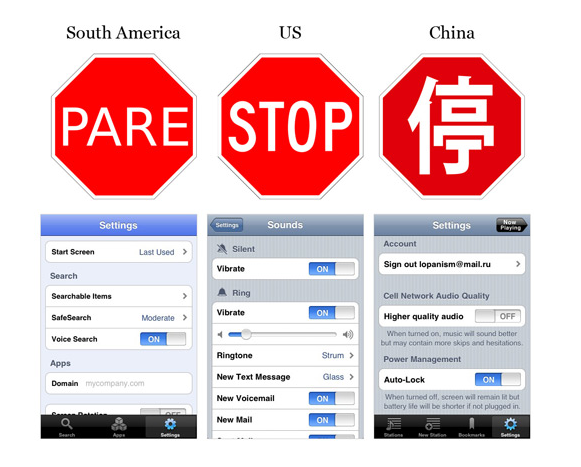 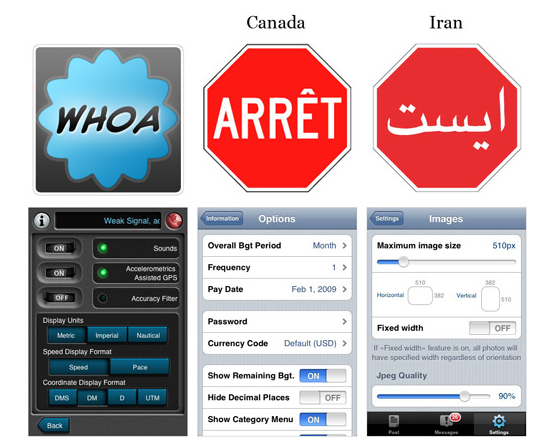 The application I plan to built my have some problems in this area, but in class today I will clear these clouds and come back to edit this topic.
For this confusion I am now creating a flow chart, layout chart and content chart so all will be in constant revision as not to have any problems.
The application does not require much multi-touch gestures that would confuse the user. It now holds two specific interaction, tapping and double tapping. If any other is added I will note it down as well.
This phase is eliminated thanks to our proposals that we were required to write elaborately. I have already attached my proposal and it can be viewed in my previous posts.