As I started to set up my work, I have face a couple of problems,

first, I needed a room that has no windows because of the projector and shadow-light. Eventually I have found it but the class is occupied and there is no room for two side projection. Also because rear projection curtains are too expensive I have bought a couple of white canvas that can also work as two sided projection screen. but since there is no space in room and no extra projectors I have decided to use only one side of the screen with a strong source of light.

I have made a gif for light and projection set up but I guess projected visual is not visible:(

As I figure out my biggest issue (the technical issues) over image processing and sound compatibility, I have started to focus on designing the concept and the experience itself. The main aim is still motivating people to create sounds through their volume they prefer to occupy and their movement. Since I am done with the part of creating sounds with movement I have tried to conceptualise the idea of movement and occupying volume in the space. By volume I dont mean the scientificly measurable amount of volume. What I mean is, I remember Erdağ  Hoca saying this through all process of working 3dimensional space,  activated space the objective has.

With the same amount of volume, 2 different objects with different shapes or 2 creature with different amount of movement, do not occupy the same conceptual space. There is the issue of ‘dominance’, being active or being passive which is mostly cited as ‘extrovert and introvert’ and used as both scientifically and socially. 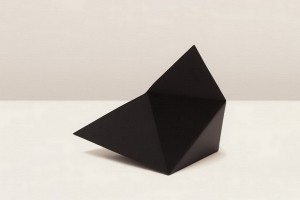 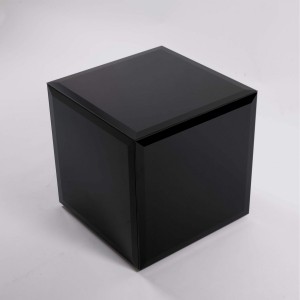 Here you can see two different shapes that actually have the same volume and weight. I  named them ‘active cube’ and ‘passive cube’ rather than distorted and shapely cubes because of their opposite connotations to what I am actually trying to say. When you face with such shapes in real life, you make a connection with them and they talk to you  in different ways. You perceive them not as amount of volumes masses but perceive them as two different characters which I call ‘passive-introverted’ or ‘active-extroverted’. If we associate their characteristics with 5 human senses, we can say that, active one is louder, more colorful and lightful, more granular, more spicy and smells very sharp.

In my project, based on body motions, the audience will create their own content, will be its own voice and image. but while they are doing that they will be given personal information about their possible cause of actions. Because like the extroverted and introverted cubes, our bodies talk a language and tells a lot about our selves.

My aim is to express these virtues by words and sounds.

For doing that, I will set up a wide white screen and project the animation through the white surface which I am also going to use as galanty show screen. While the text animation uncoils on the surfaces of the shadows, those body movements will also create a sound. As the audience get curious and active, they will actually present their own cause of actions. and if they dont want to do anything, this is also will tell something about themselves.

In the begining of the project I was dealing with kinect for sound triggering then I have changed it to eyecon-webcam. But now the sensitivity of the web cam and changes of the light density as the viewer moves, doesnt allow sounds to work properly. If I can deal with the lighting problem I will go with eyecon but if I cant, I will again use kinect. For video projection, I am using a standard prjection, as the light source 140 v studio bulb. For the text animation I am using after effects.